Although we spent a lot of time on the trail, we found some respite in cities as well. Rio was one of the places where we had such a relaxing time staying in a comfortable Airbnb for 7 days. Our daily schedule consisted of sightseeing, food and beach. There was an abundance of fresh fruit (yes, açaí!), coconut water and sunshine.

We found that the people, like most South Americans, were warm and friendly. The people we met in Rio were next level relaxed – from the security guard at our apartment to the restaurant staff serving us copious amounts of meat from the grill (aka rodizios. That was a memorable experience.) 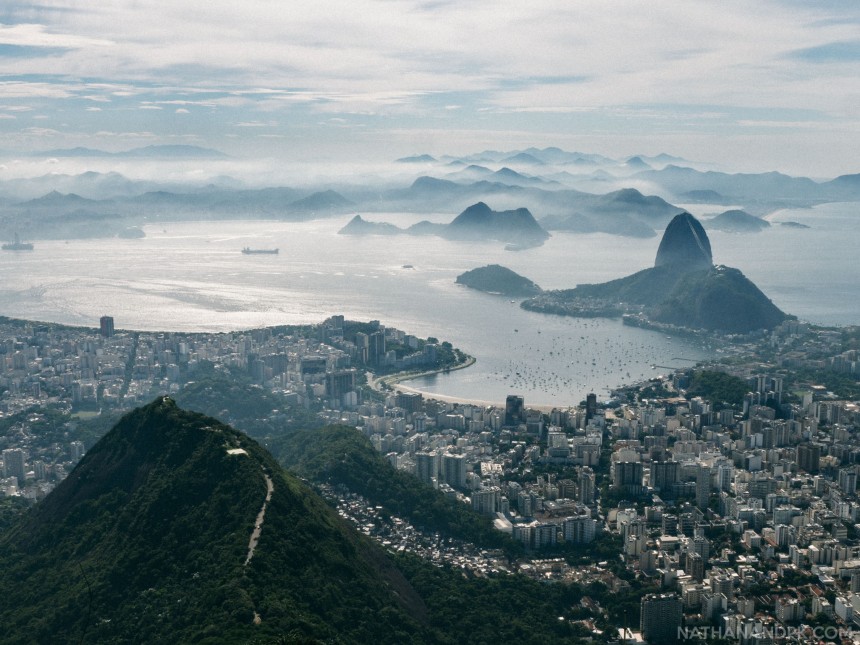 The famous view over the city from Christ the Redeemer.

Cloudy day on Ipanema Beach. The beach was still sandy, fun, and full of vendors trying to make a buck by giving you some shade, deck chairs and caipirinhas. Sadly, the wave washed away one of my caipirinhas and I was left high and dry.

A definite highlight of Rio de Janeiro for us was visiting one of the infamous favelas, seemingly shady shanty towns made famous in movies like Cidade de Deus (City of God), the fifth Fast and Furious movie and Snoop Dogg’s music video with Pharrell Beautiful.

We signed up on a walking tour of Rocinha with Favela Tour/Favela Adventures, unsure of what to expect. Rocinha is the largest favela in Rio with an estimated population of between 150,000 to 300,000 inhabitants. 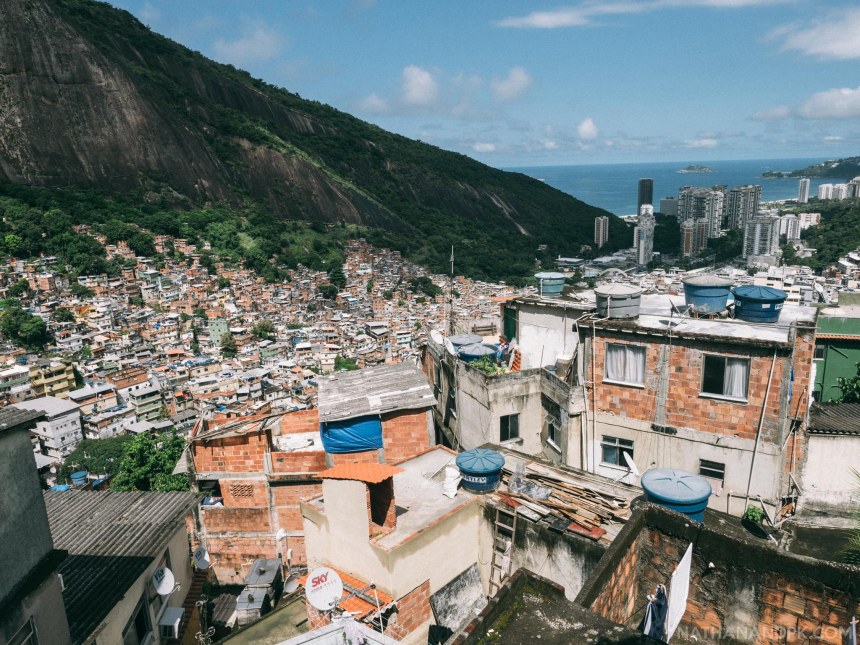 We were greeted by a vibrant neighbourhood with some form of infrastructure and gained some insight to what life was like for the residents. We saw people living their lives – doing normal things like buying groceries from the shop and travelling in and out of the neighbourhood for work.

Unsurprisingly, there is some form of stigma and prejudice against people who live in the favela: probably no different to people who suffer the same prejudice if they said they come from a place of a lower socioeconomic background.

Whilst on the tour we felt safe under the guidance of Zezinho and his assistant Kros, both of whom are residents of Rocinha and were enthusiastic to show us around their home.

Nathan was particularly interested in the DJ School which Zezinho started for the Rocinha youth for them to gain DJ skills and have the confidence to achieve their dreams.

Sometimes we live life in fear of the unknown, or fear of people unknown. However, when we stepped out into the unknown, we were pleasantly surprised and fortunate to have crossed paths with genuine people trying to make a living and live life to the fullest despite the circumstances they find themselves in.