Click here for our trip report and itinerary of our hike.

Five months ago when we were still in Australia we knew we had to pre-purchase the Machu Picchu tickets because it is one of the most visited tourist sights in the world. We monitored TripAdvisor posts, waiting to pounce on when tickets went on sale. We decided to hike to both Huayna Picchu and Montana Picchu – the two small hills with views over the MP complex. They sell out months in advance (especially to Huayna Picchu) so I would recommend anyone interested to get those tickets in advance!

Now armed with Machu Picchu tickets, the next question was “how were we going to get there?”

As avid hikers, there was no doubt we were going to hike to Machu Picchu (you could always take the train to Aguas Calientes, the nearest town to MP and where most tourists stay when they are visiting MP). Most people we knew chose to do the Inca Trail, but our research also showed that other alternatives existed (ie. the Salkantay trek and Lares trek). We like the freedom of hiking independently, and by that time we had done some hiking in Patagonia (click here and here for our accounts of our Torres del Paine hike and our Huemul circuit hike respectively).

Finally the CRO (Chief Research Officer) of our trip (ie. Nathan) made the decision: we were going to hike to a set of lesser known Incan ruins called Choquequirao, and from there hike towards Machu Picchu.

The two blogs we referred to for our trip planning were by Stingy Nomads and Travel Outlandish. Why Wait World Tour also wrote about their experience hiking from Choquequirao to MP, but they went on a private tour. We also found the trip report by this Redditer really useful and had downloaded all those pages offline on our phone browsers.

Despite extensive research we couldn’t find a single trip report about independent hikers hiking from the start of Choquequirao to Machu Picchu itself, so that’s what we’ve decided to do here.

Armed with a positive attitude, we started the trek jubilantly as the first part of it was descent. Descending isn’t really that hard… only the ascent after that is a challenge.

What I enjoyed most about the hike was the remoteness (after Choquequirao to Ccolcapampa) and the hospitality of the local highlanders. For a mere 5 soles per campsite, we camped at backyards; and occasionally under shelter (which was great for our ultralight tent, which, as experienced in previous hikes, would either leak water in or get soaked in with condensation. Pro tip: make sure you have a tent that doesn’t leak before embarking on hikes in comparatively more damp areas!). Each villager had their own story of how they got there (sadly my Spanish wasn’t good enough to figure out each story); but at least I got their names and occasionally made a fool of myself with my bad Spanish (for example, when I told a villager I was 200 years old instead of 20-something. He couldn’t stop cackling.) 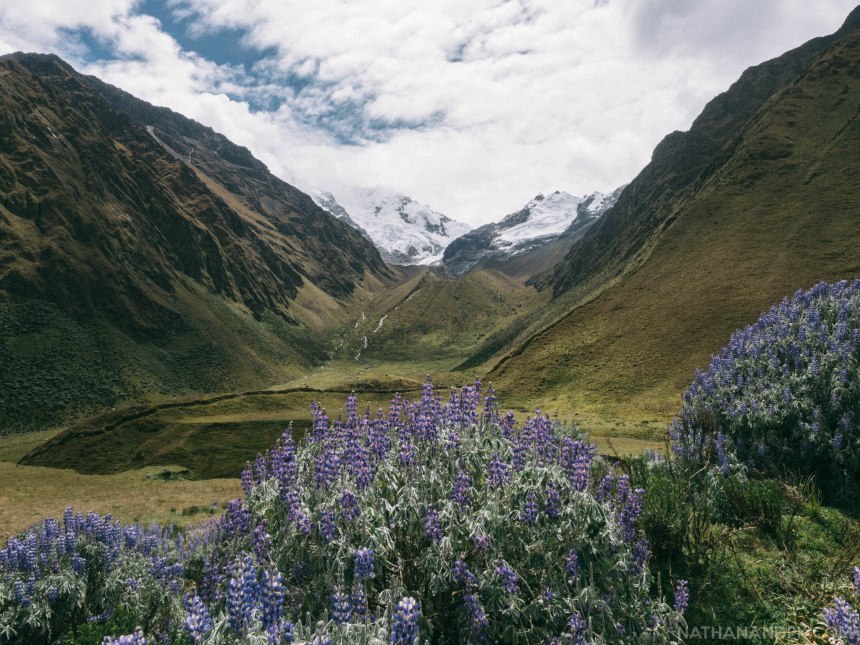 The scenery was out of this world. It’s always amazing to look back at the trail and see where you’ve come from – or where you’re headed to. Especially on the uphills I needed extra encouragement to keep going; especially when the uphills and steep Inca stairs never seemed to end.

I knew that completing the hike would be an achievement – and it is still an achievement I am very proud of us for completing it. We barely crossed paths with any hikers, especially when we arrived at Yanama and most hikers would have opted to take a taxi to Santa Teresa – but that’s what we loved about our hike from Choquequirao to Machu Picchu. We immersed ourselves in the environment and in a sense felt like we walked like how Incans did, some 400-500 years ago.

And I suppose, in my opinion, we walked the true Inca trail.